Lost In The Garden 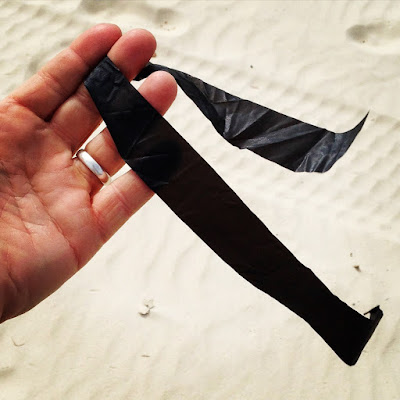 There were two suicide bombings, almost simultaneously. One at a security checkpoint and another at a restaurant called Sayidati al-Jamila, or "My Fair Lady" in English. Within 30 minutes, our field hospital just East of Mosul, maybe 20km from the explosions, began receiving casualties from both ISIS attacks.

The first wave was from the restaurant, all young men, mid twenties, some burnt black and hair singed gasping for air, others riddled with shrapnel. Within minutes the second wave, security forces bloody and bodies full of pieces from the vehicle born bomb.

Within an hour we were overrun. Trauma and ER beds full, an OR that would be inundated through the night and into the next day. An ICU that would be stretched to it's limits doing extensive burn care. I've never heard the total injured from the twin blasts but the death toll is officially at 14.

Whenever casualties came to us they were immediately tagged one of four colors. Green, yellow, red, black. This system, of a small ribbon tied around the wrist, let all hospital staff know the critical or non-critical nature of the patient's wounds. Green meant stable, superficial and non life threatening wounds. Yellow, wounds that needed medical attention soon but not immediately. Red, immediate need for medical care without which patient would succumb to their injuries. And black: beyond the scope of medical intervention, injuries too severe, death inevitable.

The ribbon above is from the son of a General in the Iraqi army. He was a casualty of the Sayidati al-Jamila restaurant blast. After he died, after we brought him to the morgue, I cleaned the cot where he lay. I could, I can, still smell the explosive and the burnt hair. For some reason, and I didn't even remember until yesterday, I stuck his black ribbon in my pocket. I don't remember his name, only his father, in full uniform, crying, asking over and over and over "why...why...why...?" And that his brother, and his brother-in law, who both fought for their lives a few feet away in the ICU, later would join their brother in the morgue.

Every morning at the field hospital we would assemble for a short time of singing and prayer and sharing of the hope followers of Christ have in Him. Most mornings I would read a Psalm before we began. That next morning, looking out at our team, I saw a weary and heart-heavy group. I saw wet eyes and sorrow-filled souls bleeding the question of the night before, "why...why...why...?" I was looking in a mirror. I read Psalm 91, a passage that had been read on several other mornings, a passage we were holding on to for life, so near a war zone. The Psalm begins so beautifully, God's beloved safe in his shadow, gathered under the refuge of His wings and it ends this way:

"Because he loves me,” says the Lord, “I will rescue him; I will protect him, for he acknowledges my name. He will call on me, and I will answer him; I will be with him in trouble, I will deliver him and honor him. With long life I will satisfy him and show him my salvation."

One of the rubs of any religion, or any philosophy for that matter, secular or sacred, is that things don't always play out as promised. The facts seem to undermine the faith. Every apologist, every theologian and philosopher, every single honest believer has run their ship aground here, often blindly, because their own experiences are in disagreement with the beliefs they espouse. Even this Psalm, filled with promises for protection, is daily contradicted by the deaths of those that love God, those He says He loves. For us, a rag-tag bunch of aid workers and medical staff at a field trauma hospital who had seen the innocent victims of terrorism, who'd seen too many children die, if we were honest with ourselves, we knew that God's protection sometimes seemed to be a lottery of birth, or arbitrary at best.

I suppose I could sell all the books, speak at every sold out stadium to an adoring throng if I could reconcile these things here. If I could justify God's goodness in light of suffering, make every thorny why into a prick-less and perfect bouquet of because. I cannot. Not for you, or me, or the hundreds of Christian martyrs that die every year trusting God for deliverance. Not even for the tens of thousands of children killed every year, whose only crime is being born into a geographic locale prone to terrorism, or natural disaster, or plague, or famine.

The truth is it seems we are all born with an invisible ribbon on our wrists. Our chances of survival, our likelihood for success, the sum of all of our breaths tied to the color invisible there. It would seem there is a lottery of birth, the more western or white or well to do you are the more chances you're a green. If you're a woman in Afghanistan you're yellow, a Yazidi in Iraq you're red. If you're poor anywhere you're never a green. History shows us, at the very least, that catastrophe and war have their favored playgrounds.

Christianity would proffer that all suffering began with sin. That the rebellion of the original earth-dwellers, their choice of the knowledge of good and evil over innocence brought with it the downward spiral of entropy, the advent of decay. That those first bites of forbidden fruit rotted the whole earth to the core. But that doesn't give us much comfort, doesn't reconcile God's promises of safe haven written 3000 years after the garden with the fact we don't often get that protection.

While in Iraq I read extensively in the book of Job. Looking for comfort and understanding in the oldest book of the bible. It deals with the question of suffering more than any other biblical text. In fact Job's questions, are the same questions we are asking. Why do the innocent suffer? Why doesn't God intervene?

The following are some of my takeaways. Some seeing through a dark glass all the while processing. They are not a tidy wrap up of all the horrors I saw. There is no mopping up the blood spilled, no amount of understanding un-explodes bombs.

If you've read the story you might remember several things. One, there is a reason for Job's suffering, a reason he is never privy to, a reason, in Job's case, that was not his sin. Two, Job's closest friends presume to know the reason for his suffering and argue at great lengths that Job is a sinner, that his hidden sins have found him out, and that God in His righteous justice is punishing Job with a penalty befitting his transgression. And finally, Job maintains his innocence the whole time, begging God for answers. You may also remember Job does get his audience with God and the Creator of all things never answers Job's questions, nor for that matter, ours. So what then can we learn from Job? About the reality of suffering and the nature of God. Maybe at least these things:

1. God doesn't owe us answers, though He allows, even encourages his tiny creation to ask. He is perfect, never mistaken, and doesn't have to explain himself or His reasons. This is hard but brings me comfort if nothing else in this: God is not arbitrary, He does not change. I may not always understand Him but He is not chaos wrapped in randomness.

2. There will always be other voices, sane, even deeply empathetic voices, that will try to get us to trade faith for fatalism, honesty for self-delusion. That will try and make us make excuses for God, or at the very least put words in His mouth. I do not need to placate God by confessing to sins I didn't commit, by groveling, by leveraging Him with promises of future obedience. He already knows. On the contrary I need not make excuses for His behavior either.

When God finally does speak to Job in chapter 38 it is not with tender words of consolation, it is with thundering boasts. He hurls His own questions at Job, utterly unanswerable assaults on Job's finite humanity. This continues unabated for another full chapter until at the start of chapter 40 God re-phrases all of His previous questions into one eviscerating rhetorical, more taunt than query: “Will the one who contends with the Almighty correct him? Let him who accuses God answer him!”

Job, as you might imagine is undone. He whimpers that he has no response and puts his hand over his mouth. Again there is no tender placation from God, only a second barrage of thunderous questions, this time with a new caveat, Job will have to answer His Creator.

Finally after two more chapters of God roaring out rhetoric as a raging storm, Job must answer Him. Job begins clumsily, humiliated and overwhelmed.

“I know that you can do all things; no purpose of yours can be thwarted. You asked, ‘Who is this that obscures my plans without knowledge?’ Surely I spoke of things I did not understand, things too wonderful for me to know."

But then Job reveals the true gift he'd been given, maybe not the reason for His suffering but at the very least the revelation his tragedy unfolded:

"My ears had heard of you but now my eyes have seen you.”

Finally, after God rebukes Job's friends and exonerates Job by having him pray for them, God restores all of Job's riches and family. And God gives him higher honor than he ever had before. Not exactly a Hallmark ending, Job still certainly grieved the children he lost, certainly still had unanswered questions. But now he knew his God was bigger, more powerful than he'd ever imagined. That the gap between Job's righteousness and God's holiness was as wide as Job's ability to speak creation into existence from nothing and God's. This somehow comforted Job greatly, his God was so much greater than he'd believed and yet still came close to Job, not with wrath but glory. Glory that left Job in breathless if not trembling awe.

The story of Job might easily be estranged from Christianity if not for the first prophesy of Jesus in the book of Job. In his exasperation Job wishes for "a mediator between us; he would lay his hand on both of us, remove his rod from me, so his fury wouldn’t frighten me. Then I would speak unafraid." I take great comfort knowing that Jesus suffered all things, that He is at the right hand of the Father speaking on my behalf, silencing the voice of the accuser.

We will not this side of heaven understand everything, maybe not even the things most important to us. But He loves you and I. We will see him in the midst of our suffering, we will know him deeper if we take from Him the new eyes, the new heart He offers when we're born again in Christ.

I am still heartbroken. There are still memories I don't call to mind. But I am more sure of the power and the nature of God than before my time in Iraq. More sure the suffering of innocence will be avenged or absolved one day- through God's justice or His forgiveness. And I trust that He alone, through Jesus, is the arbiter of both.

My book on Jonah is hot off the e-press! 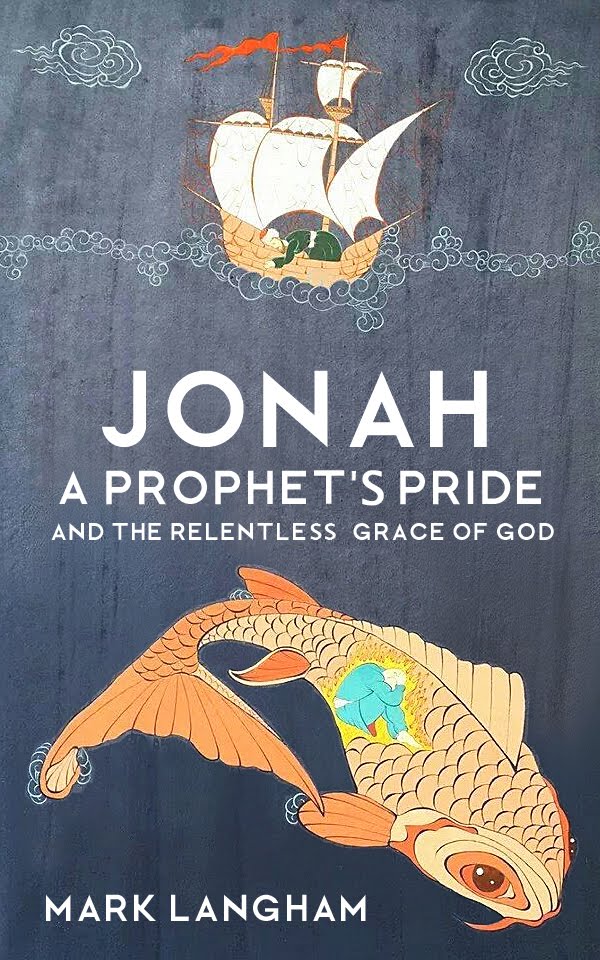 The message of Jonah and the subtext of religious nationalism is a must read for the modern church. Jonah's 48 verses are a cautionary tale to the modern believer about the dangers of pride, and how it is the enemy of grace.

Anti-Trafficking and Humanitarian Organizations that I Love!